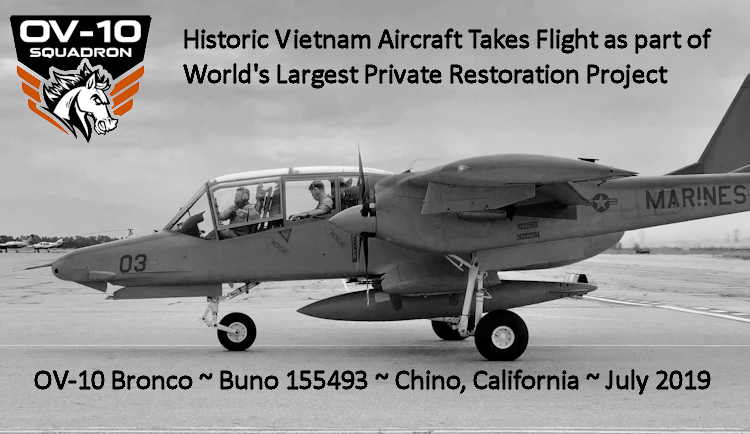 ✈ ✈ The 'Black Ponies' of Light Attack Squadron Four (VAL-4) came into being on January 3, 1969 when the squadron was commissioned at NAS North Island across the bay from San Diego, California. Light Attack Squadron Four was the first Navy squadron of its type, flying Rockwell OV-10A 'Broncos' that the Navy had borrowed from the Marine Corps. VAL-4 began arriving in Vietnam around March 25th of 1969, and began flying combat sorties from it's two detachments at Binh Thuy and Vung Tau on April 11, 1969. The 'Black Ponies' soon became an important part of the Brown Water Navy primarily responsible for supporting U.S., Allied and Vietnamese forces throughout the Mekong Delta. ✈ ✈ On April 1, 1972 the 'Black Ponies' stood down at NSA Binh Thuy and the squadron was decommissioned and deactivated on April 10, 1972 at Cubi Point in the Phillipines. In its short history, the 'VAL-4 Black Ponies' flew more than 21,000 combat sorties totaling over 42,000 flights - a Navy record for fixed wing aircraft. The 'Black Ponies' had dropped over 11,000 tons of ordnance costing more than $22,500,000.

››› "The tragic, the comic, the terrifying, the poignant are all part of the story of the Black Pony pilots who distinguished themselves in the Mekong Delta between 1969 and 1972. Flying their Broncos "down and dirty, low and slow," they killed more enemies and saved more allies with close-air support during the three years they saw actionthan all the other naval squadrons combined. The U.S. Navy's only land-based attack squadron, Light Attack Squadron Four (VAL-4) flew support missions for the riverine forces, SEALs, and allied units in borrowed, propeller-driven OV-10As. • Cover Flap: The Flying Black Ponies by Kit Lavell‹‹‹

• The VAL-4 "Black Ponies" are a participating partner of the DoD's 50th Commemoration Program of the Vietnam War. Visit our TRIBUTE to all Vietnam Era Veterans. 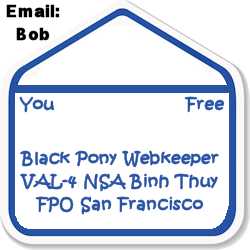 Maintaining And Flying The OV-10A "Bronco", The VAL-4 "BLACK PONIES" Were Manned, Equipped, Trained And Tasked To Protect Mobile Riverine Ground Forces Throughout The Mekong Delta. The "Black Ponies" Consistently Went In Harm's Way To Enhance And Extend The Quality Of Life For Those In The "Brown Water Navy" And To Other U.S. And Allied Forces In South Vietnam.   Read More

Black Pony Site Search - If you can't find what you are looking for, try here:

The Saga As Told

Bob's Here And There